Black Friday, more money is spent today than any other day of the year.  Retailers salivate over the anticipation of people lined up ready to rush into stores and find that deal of the century.  It is 31 days until Christmas and now that Thanksgiving is over everyone switches gears for the big holiday. 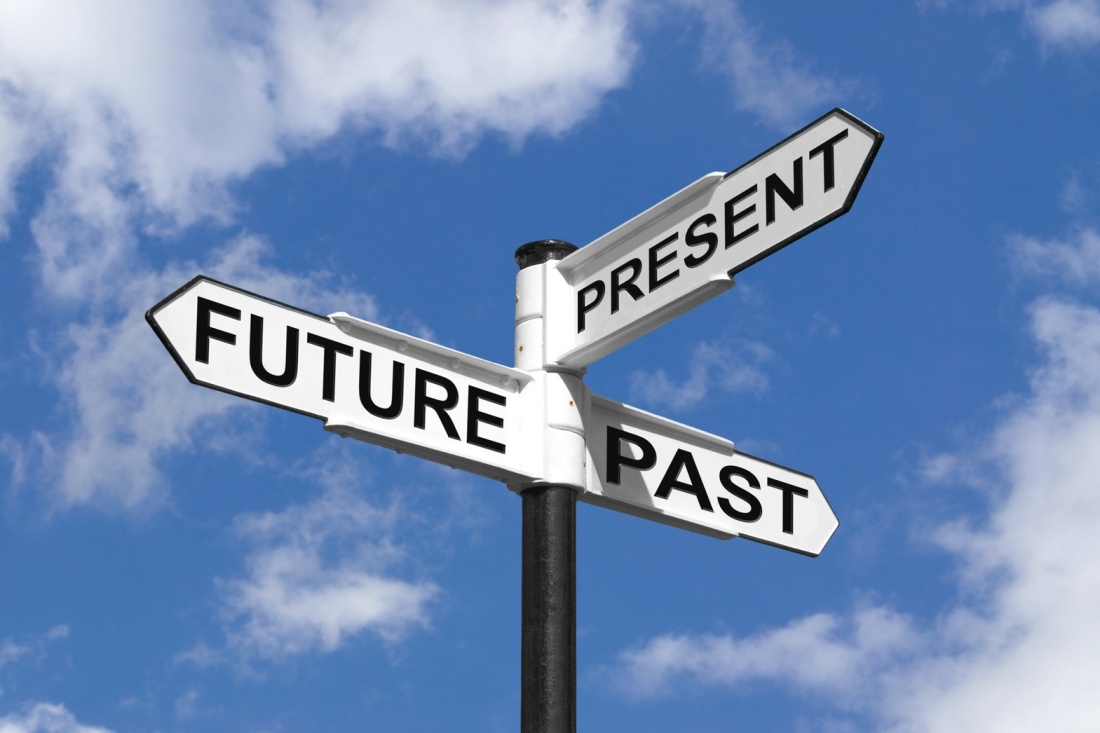 It is important that as we look to a future date with such anticipation we do not lesson the value  of each day between now and then.  We can feel the same joy and love for family and friends today and every day that we experience on Christmas Day.  We have to learn to not dwell on the past or look forward to tomorrow but rather be present in the moment and make the most of today.  What would be a better gift, anxiously waiting for tomorrow and spending our time thinking about how much fun it will be or actively enjoying today and growing personally so that tomorrow is even better.

As I stated before, no-one could have convinced me my life would be this wonderful four months ago because of spending time each day with personal development.  In the past I have always said I will start on Monday, or the first of the month or at New Years after the holidays.  If we can never get yesterday back why would we waste it waiting for tomorrow?  Tomorrow never comes.  To truly be happy and feel the love for yourself and others you have to live each day.  I promise if you will spend 30 minutes each morning in personal development that the gift you open on Christmas will still be great, but the person opening and giving those gifts will be even greater.  Don’t wait till tomorrow, next week, next month or next year to start improving.  It is so much easier than you think and if you do 1% today and each day you can grow far beyond what you believe is possible.

Consider this story of Pat Riley former coach of the Los Angeles Lakers.

The 1986 Los Angeles Lakers were one of the most talented basketball teams ever assembled, but they are rarely remembered that way.

The team started the 1985-86 NBA season with a 29-5 record. “The pundits were saying that we might be the best team in the history of basketball,” head coach Pat Riley mockingly said after the season.

Despite their talent, the Lakers stumbled in the 1986 playoffs and suffered a surprising season-ending defeat in the Western Conference Finals. The “best team in the history of basketball” didn’t even play for the NBA Championship that year.

As the head coach, Pat Riley was tired of hearing about how much talent his players had and about how much promise his team held. He didn’t want to see flashes of brilliance followed by a gradual fade back to mediocrity. He wanted the Lakers to play up to their potential, night after night.

In the summer of 1986, Riley created a plan to do exactly that.

Before we talk about how to get started, I wanted to let you know I researched and compiled science-backed ways to stick to good habits and stop procrastinating. Want to check out my insights?

Following the 1986 season, Riley revealed a new program that he called the Career Best Effort program or CBE.

“When players first join the Lakers,” Riley explained, “we track their basketball statistics all the way back to high school. I call this Taking Their Number. We look for an accurate gauge of what a player can do, then build him into our plan for the team, based on the notion that he will maintain and then improve upon his averages.”

You’ll notice that Riley was interested in the average speed of his players. His first calculation was to see what a player’s normal day looked like, not his best day.

In her book, When the Game Was Ours, author Jackie MacMullan explains Riley’s CBE calculations by saying,

“The Lakers coach recorded data from basic categories on the stat sheet, applied a plus or a minus to each column, and then divided the total by minutes played. He calculated a rating for each player and asked them to improve their output by at least 1 percent over the course of the season. If they succeeded, it would be a CBE, or Career Best Effort.”

Riley was careful to point out that CBE was not merely about points or statistics, but giving your “best effort spiritually and mentally and physically.” Players got credit for “allowing an opponent to run into you when you know that a foul will be called against him, diving for loose balls, going after rebounds whether you are likely to get them or not, helping a teammate when the player he’s guarding has surged past him, and other ‘unsung hero’ deeds.”

I don’t know Riley’s exact formula, but here’s what the CBE calculation might look like in practice:

Let’s say that Magic Johnson had 11 points, 8 rebounds, 12 assists, 2 steals, and 5 turnovers in a particular game. Magic also got credit for an “unsung hero” deed by diving after a loose ball (+1). Finally, he played a total of 33 minutes in this imaginary game.

In this example, Magic’s CBE number would have been 879. This number was calculated for all of a player’s games and he was then asked to improve his average CBE by one percent during the course of the season. Riley knew that if the Lakers could aggregate many small individual improvements they would achieve a big jump in team performance.

Throughout the 1987 season, Riley was constantly comparing each player’s current CBE to not only their past performances, but also other players around the league. As Riley put it, “We rank team members alongside league opponents who play the same position and have similar role definitions.”

“Riley trumpeted the top performers in the league in bold lettering on the blackboard each week and measured them against the corresponding players on his own roster.

Solid, reliable players generally rated a score in the 600s, while elite players scored at least 800. Magic Johnson, who submitted 138 triple-doubles in his career, often scored over 1,000.”

The Lakers also emphasized year-over-year progress by making historical comparisons of CBE data. Riley said, “We stacked the month of November, 1986, next to November, 1985, and showed the players whether they were doing better or worse than at the same point last season. Then we showed them how their performance figures for December, 1986, stacked up against November’s.”

Imagine you’re one of the players. Every week you walk into the locker room and see your name ranked alongside Michael Jordan or Larry Bird or some other competitor across the league. You’re constantly aware of how you are performing relative to the competition and relative to your average performance. It is impossible to lie to yourself about whether you are playing well or poorly. You are constantly aware of your choices, your actions, and your performance.

Compare that situation to how most of us live our lives. We don’t track or measure the things that we say are important to us. We make excuses, create rationalizations, and lie to ourselves about our daily performance. We have no evidence of whether we are performing better or worse compared to previous months or years. It’s not hard to see why the CBE program delivered results.

The Results of CBE

The Los Angeles Lakers began executing the CBE program in October of 1986. Eight months later, they were NBA Champions. The following year, during the 1987-88 season, Pat Riley led his team to another title as the Lakers became the first team in 20 years to win back-to-back NBA championships.

“Sustaining an effort is the most important thing for any enterprise. The way to be successful is to learn how to do things right, then do them the same way every time. Players can’t excel in every area, but they can strive to better themselves in the areas that we value most for each individual. Then we can show them what they need to do to have their Career Best Effort. Over the length of a season, a correlation always appears between great effort and great overall numbers. It may not show from one game to the next, but in the long run superior effort is reflected in the win column.”

There is a surprisingly narrow gap that separates the good performance from the great performance. And that narrow gap is separated by small habits and daily rituals.

It is so easy to dismiss the value of making slightly better decisions on a daily basis. Sticking with the fundamentals is not impressive. Falling in love with boredom is not sexy. Getting one percent better isn’t going to make headlines.

There is one thing about it though: it works.

I have worked my whole life to get better and want to share all I have been blessed to learn with others. My vision is to significantly improve the quality of lives globally by elevating the quality of thoughts individually. Together we do this by educating and empowering our audience through products, services and events that expand awareness and harmonize people with the natural, immutable Laws of the Universe. I intend to play a significant role in creating a world in which true wealth—spiritual, material, intellectual—flows to, through and from every person in an ever-expanding, never-ending cycle of abundance. View all posts by Christopher